First, homeopathy is NOT herbalism or naturopathy or an umbrella term for natural approaches to health. It is something entirely different.

Homeopathy is a patient-centered approach to medicine based on the Law of Similars.

Consider that symptoms of disease are not the disease but rather the body’s way indicating that it has a problem and that it is trying to do something about it. Homeopathy sees the symptoms being expressed as an indication of what the body’s innate healing mechanisms are trying to do. A substance that can cause the body to act in a similar way is then administered, in homeopathic form, to help the body’s efforts to heal itself.

For example, a person may have symptoms of hay fever that are similar to symptoms from peeling an onion. A preparation of onion could then be given to help with the hay fever.

So in that way the prescription is made homeopathically – matching the remedy to the symptoms (not to the name of the disease).

By preparation we mean that the substance has been prepared by a series of dilutions and shakings (called succussions). The word we use for one of these preparations is remedy (which is used in other contexts as well but has a specific meaning in homeopathy).

Is it right for me?

Yes! If you are looking for a system of medicine that

I am a Registered (New Zealand Council of Homeopaths), classically-trained Homeopath (Bay of Plenty College of Homeopathy) with university degrees in Computer Science and Mathematics. 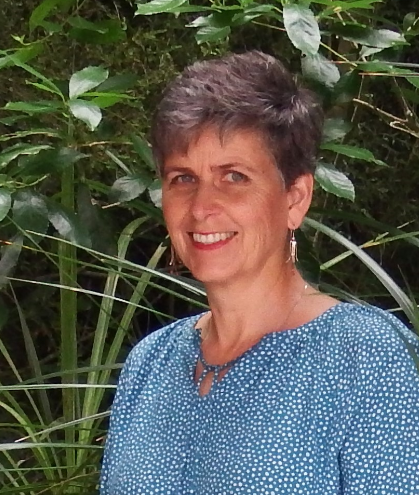 Having first encountered the wonders of Homeopathy when my five children were young, I bring a unique mix of science, art and empathy to my practice.

There is something beautiful, elegant and cohesive in homeopathy that drives me to be the best homeopath I can, always learning more as modern advances build on the solid foundations laid down by the early teachers.

Based in Hamilton New Zealand and consulting globally online.

I like to see first-time clients for a full consultation (about 90mins) to get full picture of the person and their symptoms, history and circumstances and to establish a rapport.

In acute situations (anything that is not chronic e.g. injury or viral infection) a 15-30 minute consultation focusing on the immediate problem is appropriate.

Dad was cracking jokes tonight … that hasn’t happened for such a long time because he has been so sore.  He was laughing …

I just felt more earthed, more balanced, … [the remedy] smoothed out the troughs and peaks.

Your feedback can feature here